The Wars of the Roses Stamp Set

Eight mint stamps featuring stunning illustrations re-imagining key battles from across 30 years of the Wars of the Roses. 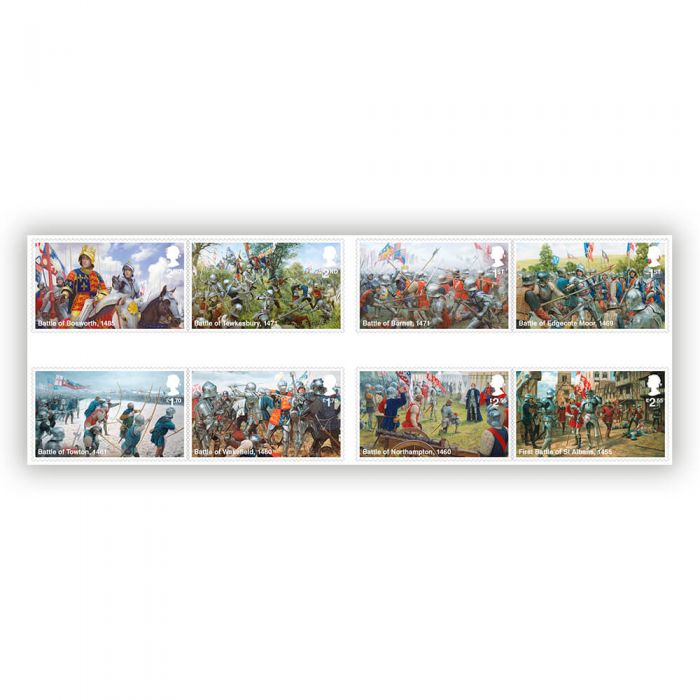 Each stamp re-imagines a battle or skirmish from across 30 years of the Wars of the Roses.

The issue marks the 550th anniversary of the Battle of Tewkesbury, one of the defining conflicts of the Wars.