The Wars of the Roses Presentation Pack

Discover more about the noble rivalries and brutal battles that shaped four decades of civil wars. 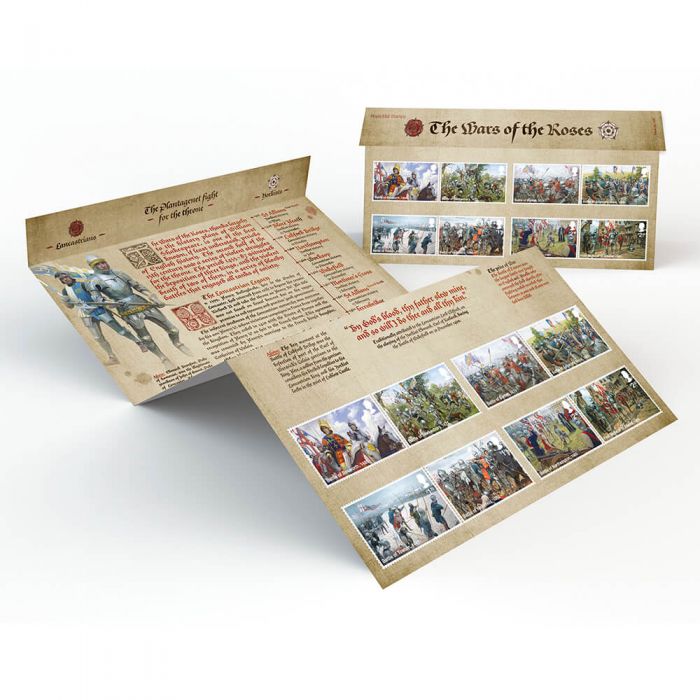 This beautifully presented, fact-packed collectible recalls events between 1455 and 1487, when England was torn apart by a series of violent struggles for the throne.

Historian and researcher Dr David Grummitt writes about the series of bloody battles known as the Wars of the Roses.

A timeline features a summary of each conflict depicted on the stamps.