The Wars of the Roses First Day Cover with Tewkesbury Postmark

All eight The Wars of the roses Special Stamps personalised with your choice of name, address and postmark. 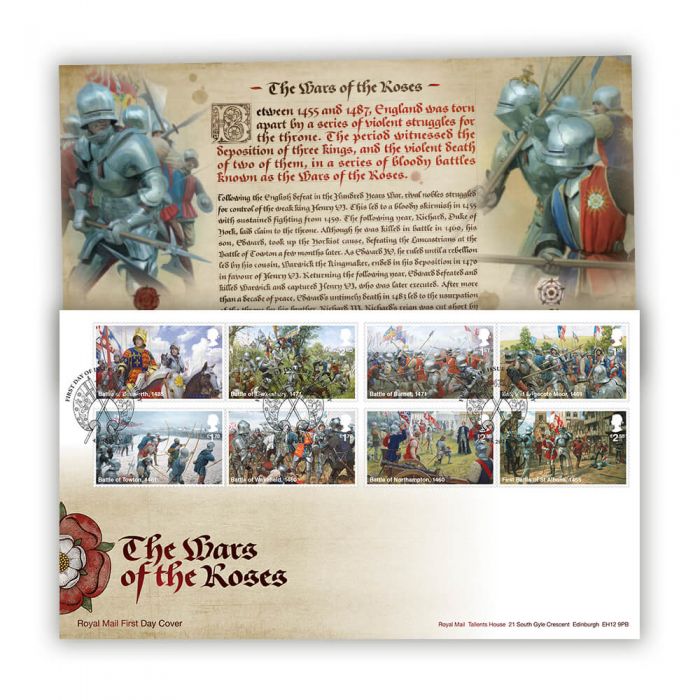 All eight Special Stamps depicting key battles fought throughout the Wars of the Roses personalised with the name and address of your choice.

Choose from two special edition Wars of the Roses postmarks commemorating the first day of issue, 4 May 2021.

An illustrated information card, written by historian Dr David Grummitt, provides a brief overview of significant events along with specifications for the stamp issue.

First Day Cover extension: Royal Mail is extending the First Day Cover deadline for this issue due to the uncertainty and restrictions on movement arising from COVID-19. This applies until further notice to First Day Covers ordered directly from Royal Mail as well as to those submitted from Post Office® branches for cancellation at a Special Handstamp Centre.