All six Special Stamps with images of each big-screen Bond.

Presented in a special carrier with a scene from Dr No’s title sequence. 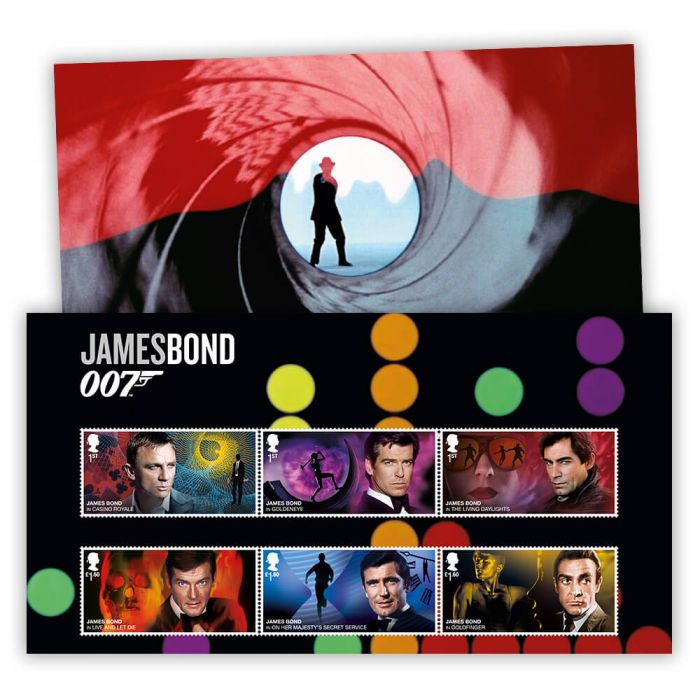 All six James Bond Special Stamps with images of the actors who’ve taken on the role of the world’s favourite British Secret Service agent across 25 blockbuster adventures.

The collection is presented in a special carrier featuring the title sequence from Dr No – Bond’s first big screen mission.

Daniel Craig brings a harder edge to the role on his first mission as 007. First Class

Roger Moore makes his debut in a frantic Caribbean adventure. £1.60

On Her Majesty’s Secret Service, 1969