A beautifully-presented, fact-packed publication charting the extraordinary career of a UK music icon. 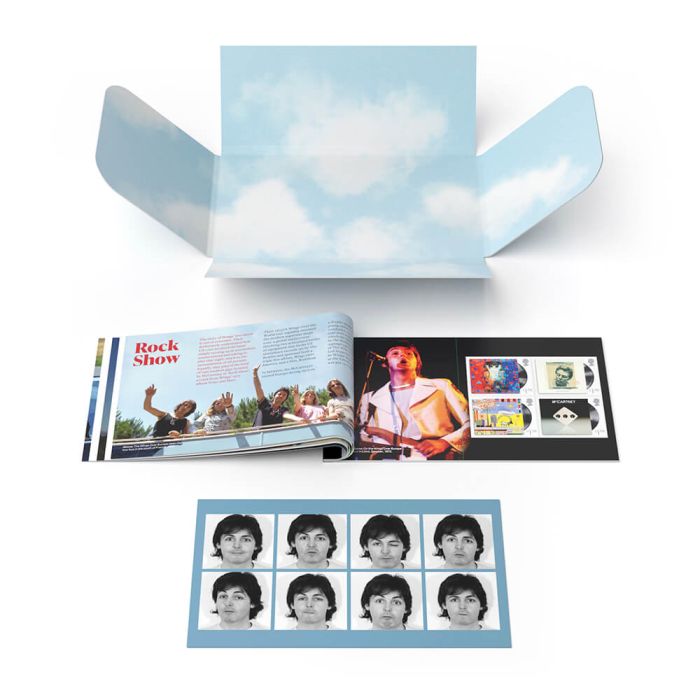 Limited Edition
Skip to the beginning of the images gallery
Description

A special edition of the beautifully presented and fact-packed Prestige Stamp Book, containing all 12 stamps from the Paul McCartney issue within a stunning 24-page publication.

Eight Special Stamps feature album covers from more than half a century of music as a solo artist and with Wings.

Archive photographs of McCartney in the recording studio appear on the four Miniature Sheet stamps.

The stamps are presented as perforated panes alongside an extra pane of definitive stamps unique to this issue.

This special edition book features a photograph taken by Paul's daughter Mary for the McCartney III cover photoshoot in 2020 on the front, contrasted beautifully with a classic photo of Paul on the back cover taken by Linda McCartney in 1973.

The book is neatly packaged in a matte black folder which incorporates McCartney’s signature in silver foil on the cover.

Includes a Certificate of Authenticity.