Menu
Account
Our international export services continue to be disrupted following a cyber incident. There is currently a limited service. Click here for more info.

The Avengers Medal Cover represents a special collaboration between two of the UK’s most prestigious institutions; Royal Mail and The Royal Mint.

Illustrated in an engaging comic book style, this limited edition of just 15,000 and highly collectible medal cover tells the story of the Avengers and their evolution through Marvel Comics.

A specially commissioned medal struck to the Royal Mail’s highest striking standards, showcasing the very latest in pad printing technology. On the front, Ironman is depicted in full colour and the reverse features the iconic Infinity Gauntlet with textured detailing.

An illustrated biography on The Avengers with stunning imagery from the Marvel comic book archives.

A special edition envelope featuring the Avengers on the front and Thanos on the reverse.

A strict limited edition; just 15,000 (1,500 for silver) will be issued worldwide. Each medal cover has been individually numbered to confirm its place within the edition. 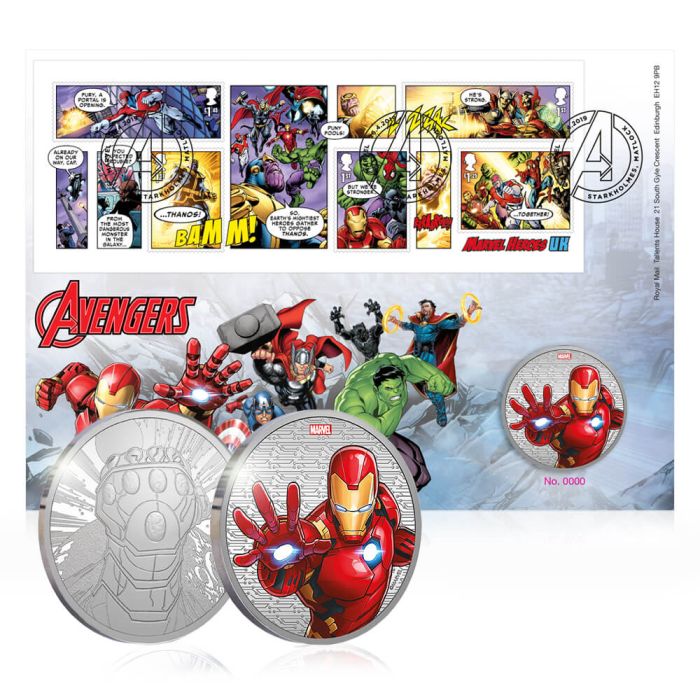