Immerse yourself in a world of danger, glamour and excitement with our James Bond Special Stamps. 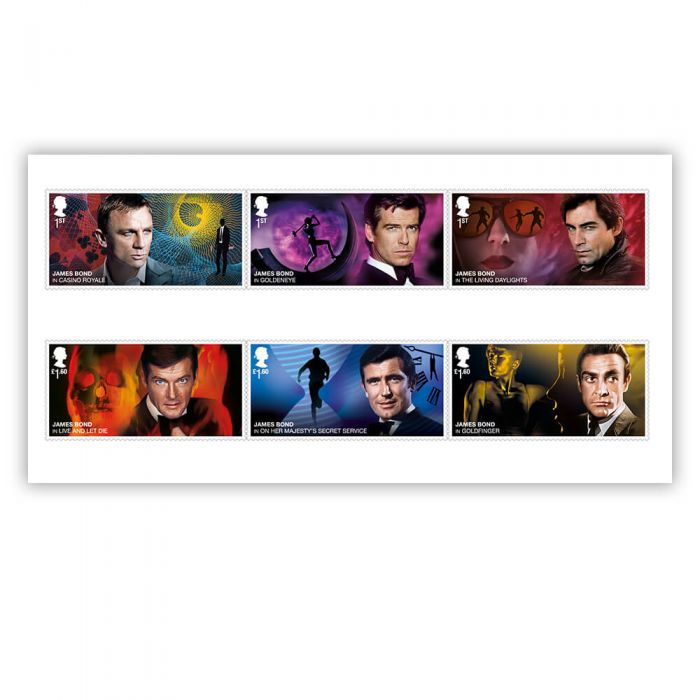 Each stamp image features one of the six actors to have taken on the role of 007 across almost 60 years of action-packed movies.

Daniel Craig brings a harder edge to the role on his first mission as 007. First Class

Roger Moore makes his debut in a frantic Caribbean adventure. £1.60

On Her Majesty’s Secret Service, 1969