Commemorating the 75th anniversary of the end of the Second World War.

Eight Special Stamps featuring evocative photographs capturing the relief and jubilation that followed the formal conclusion of the conflict in 1945. 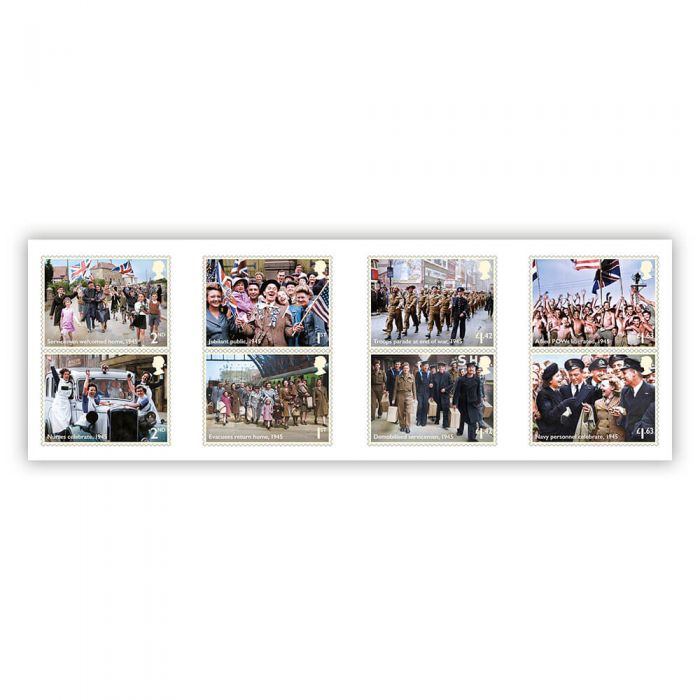 A collection of eight Special Stamps featuring evocative photographs capturing the relief and jubilation that followed the formal end of the Second World War in 1945.

The original black and white photographs have been expertly reproduced in colour for the first time.

First Class Evacuees return home to London after a wartime stay in Leicester.

£1.42 Troops march through London’s Oxford Street during a parade for the Victory Over Japan exhibition.

£1.42 Soldiers and sailors leave a demobilisation centre carrying their civilian clothes in boxes.

£1.63 Allied prisoners of war at Aomori Camp near Yokohama, Japan cheer their rescuers.

£1.63 A member of the Women’s Royal Naval Service (WRENS) proposes a toast during VE Day celebrations in Glasgow.