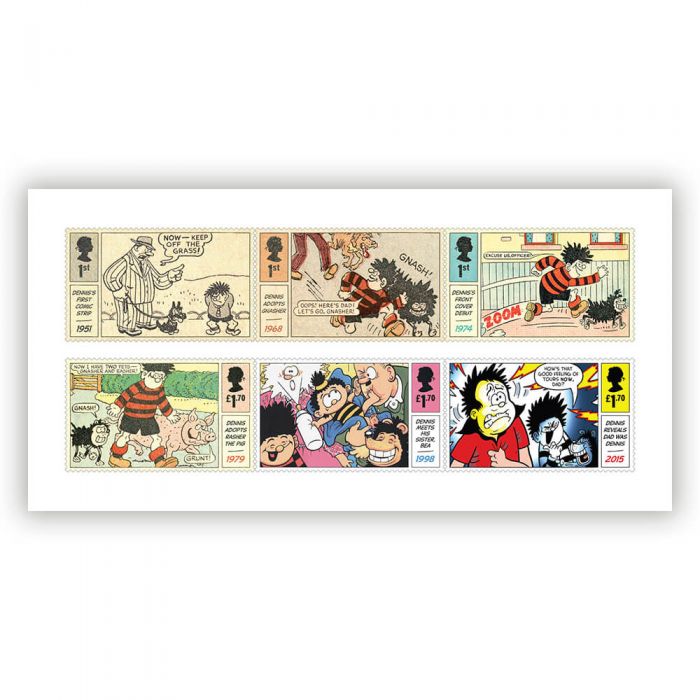 A collection of six Special Stamps, each featuring a memorable moment from the much-loved comic strip.

From his Beano debut in 1951 onwards, each classic illustration depicts a significant story line for this beloved Beano character.

The set is presented as three First Class and three £1.70 stamps in two distinctive se-tenant strips.