Each stamp features a key theme from across the illustrious tournament’s history. 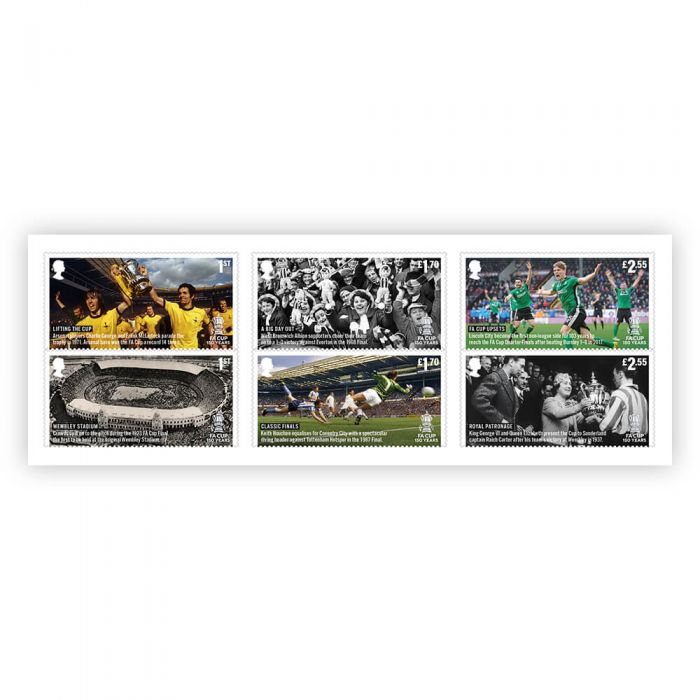 Celebrate 150 years of the FA Cup with a collection of six new Special Stamps featuring key moments and themes from the competition’s prestigious history.

Using a mixture of black and white and colour photography from respective eras, each stamp captures the magic of the Cup in its own distinctive way.

£1.70 | Classic Finals: Keith Houchen equalises for Coventry City with a spectacular diving header against Tottenham Hotspur in the 1987 Final.

£2.55 | Royal Patronage: King George VI and Queen Elizabeth present the cup to Sunderland captain Raich Carter after his team’s victory at Wembley in 1937.