A non-personalised version of the Miniature Sheet First Day Cover featuring all six stamps cancelled with the alternative postmark. 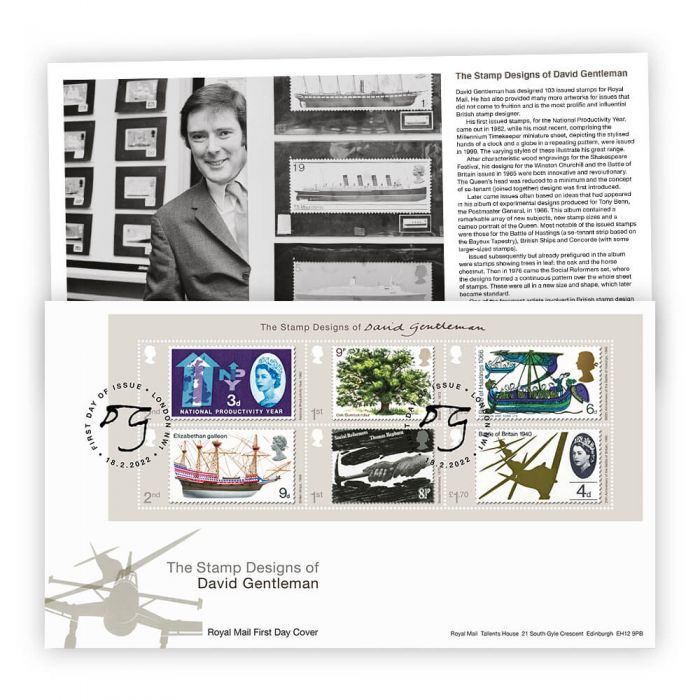 Six new stamps showcase some of the most popular designs by artist David Gentleman – the most prolific and influential stamp designer in UK philatelic history.

The designs, chosen in collaboration with the artist, originally appeared within issues released in the 1960s and ’70s.

Inside the First Day Envelope is an information card with a brief history of David Gentleman’s artistic contribution to stamp issues down the decades.