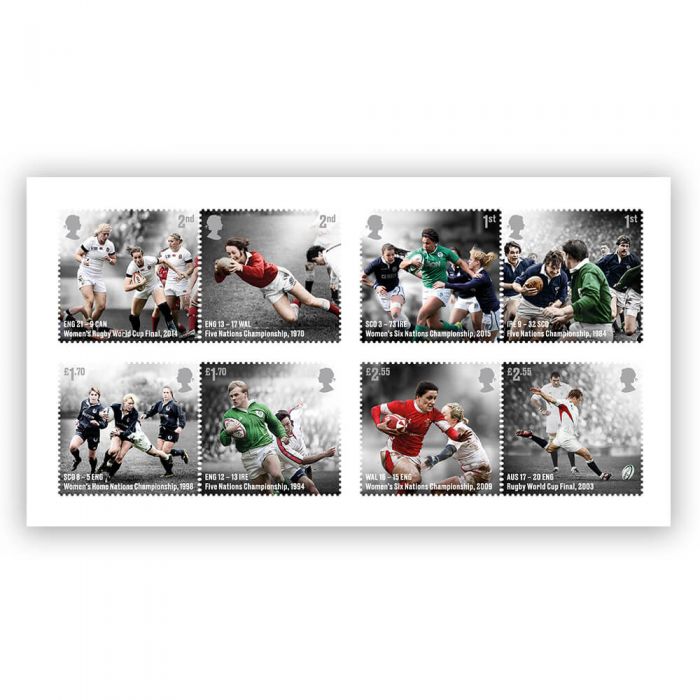 Eight new stamps celebrating iconic moments in key rugby union matches over the past six decades across the men’s and women’s game.

The stamp set marks the 150th anniversary of the Rugby Football Union (RFU) and the first international match between England and Scotland in 1871.