A non-personalised version of the Iron Maiden First Day Cover featuring all eight new stamps cancelled with the alternative postmark. 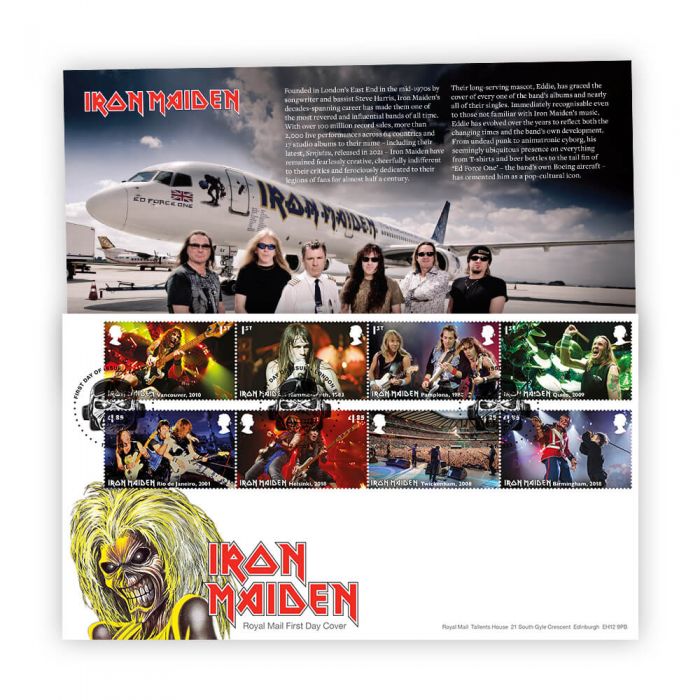 All eight Iron Maiden stamps cancelled with the alternative postmark on the first day of issue, 12 January 2023.

Inside is an information card containing an overview of Iron Maiden and Eddie.

The alternative handstamp depicts Aces High Eddie with the date of issue and the London E11 postcode in recognition of founder and bassist Steve Harris’s home.