The official set of Iron Maiden stamps within a special carrier pack. 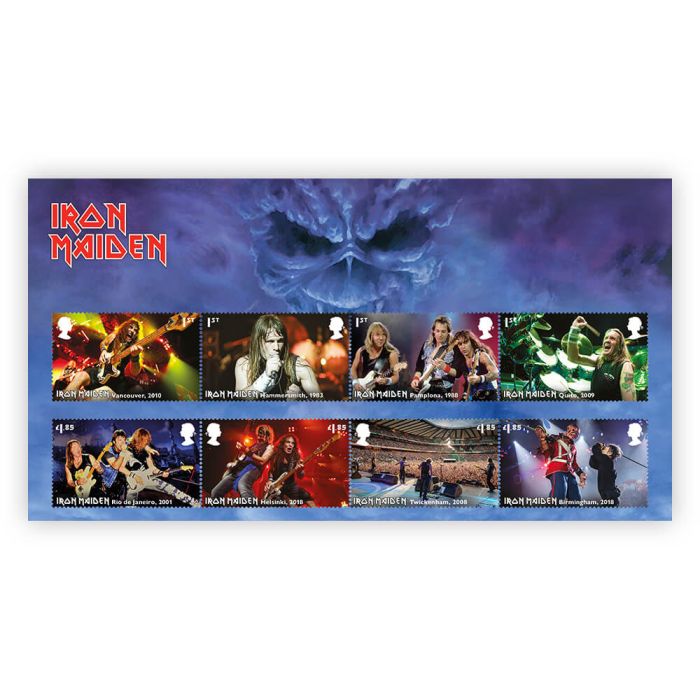 The stamps capture current band members performing live and are set against a backdrop of Eddie on the cover of 2000 album Brave New World.

The reverse of the souvenir features a montage of album covers.