Four First Class and four £1.70 stamps celebrating Her Majesty The Queen’s dedication to service during her Platinum Jubilee year. 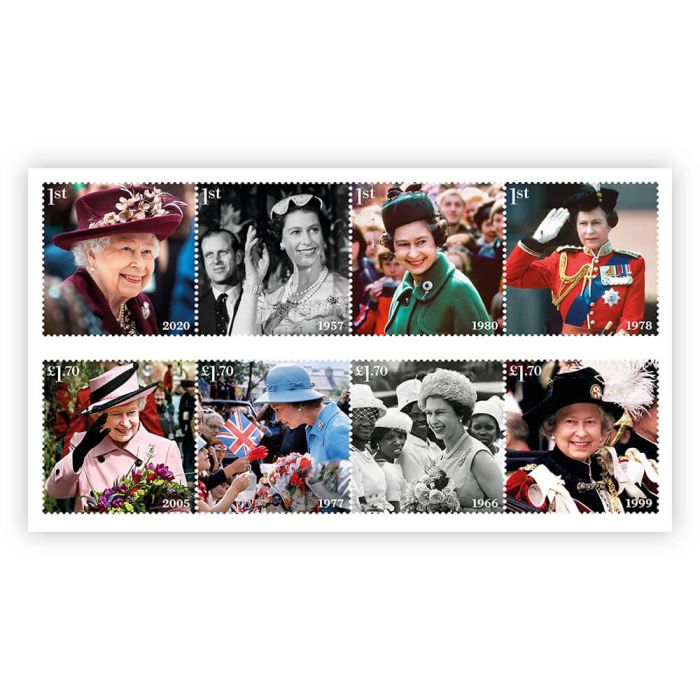 Eight new stamps showing different facets of Her Majesty The Queen’s many roles, from Trooping the Colour to visits across the United Kingdom, the Commonwealth and the wider world.

First Class I February 2020: A visit to the headquarters of MI5 in London

First Class I October 1957: With His Royal Highness The Duke of Edinburgh in Washington, during a tour of the United States

First Class I April 1980: On a walkabout in Worcester

First Class I June 1978: During Trooping the Colour in London

£1.70 I May 2005: After touring the Provincial Museum of Alberta in Canada

£1.70 I June 1977: During the Silver Jubilee celebrations in Camberwell