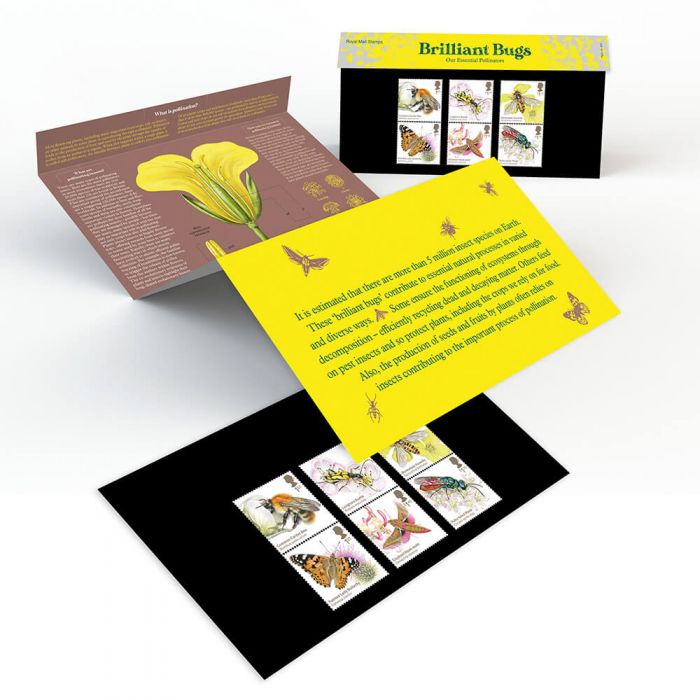 President of the Royal Entomological Society, Professor Helen Roy MBE, writes about pollination, the decline in pollinating insects and how we can conserve them.

£1.45 Longhorn beetle (Rutpela maculata)
This wasp-mimicking beetle is a common visitor of hawthorn flowers in summer.

£1.45 Elephant hawk-moth (Deilephila elpenor)
Honeysuckle is a favoured source of nectar for this striking species.

£1.70 Painted lady butterfly (Vanessa cardui)
Thistles are a common source of nectar for these migratory butterflies in Britain.